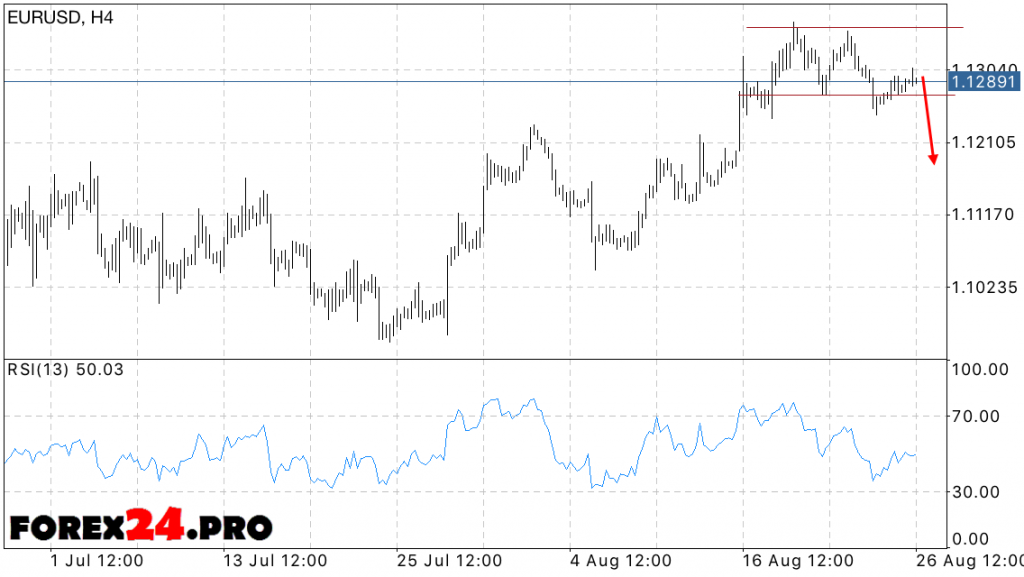 Currency, the euro dollar is trading at 1.1273, as expected, euro quotations were able to test resistance area Forex reversal double top pattern. Who is considered a continuation of falling of quotations EUR/USD pair within the mining model in order to below 1.1160 area. An additional signal for the continuation of the euro decline against the dollar testing the resistance of the fast line on the indicator RSI, which also indicates a decline since the current levels. Cancellation option quotations falling to the EUR/USD will be strong growth in the euro above the level 1.1350, which will lead to the abolition of double top pattern and point to the continued growth of the European currency against the US dollar. 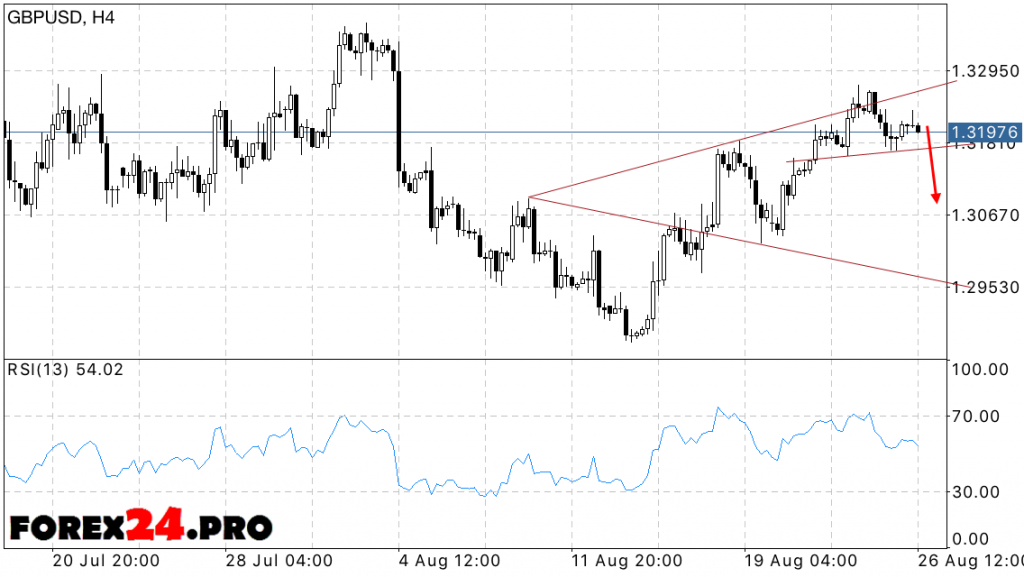 The currency pair Pound Dollar is trading at 1.3179, as expected in the previous review, quotes GBP/USD showed a rebound from the upper limit of the downward channel. At the moment, there is a potential for continued decline of the pound against the dollar in the framework of the descending pattern with the aim Wolfe waves below 1.2950. An additional signal in favor of the falling GBP/USD pair will be the growth of quotations in the area of 1.32, which is expected to complete the formation of reversal pattern head and shoulders, which will point to the imminent decline of the pound against the US dollar. Cancellation option will drop the pair strong growth and the breakdown of local area high above the level of 1.3270.

Currency pair USD CHF is trading at 0.9683. As you can see, the pair USD/CHF is moving under the working out of an inverted head and shoulders pattern, which suggests continued growth of the dollar against the Swiss franc in the area above the level of 0.9750. Cancellation option will drop in prices USD/CHF below the right shoulder-level model that will lead to the continuation of the decline of the dollar against the franc. An additional signal in favor of continuing growth USD/CHF would be the breakdown of the descending trend line bullish wave pattern Wolfe, leading to the acceleration of growth of the pair usd chf. Potential same target of the rising wave pattern Wolfe is the area above the level of 0.99.